© Spatzenblog, 2013-2020. Unauthorized use and/or duplication of this material without express and written permission from this blog’s author and/or owner is strictly prohibited. Excerpts and links may be used, provided that full and clear credit is given to Spatzenblog with appropriate and specific direction to the original content. 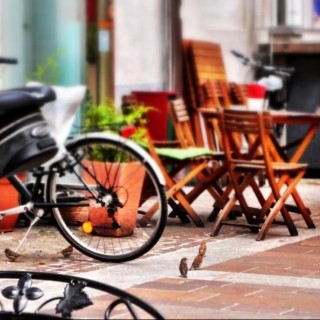 A good friend is on a mission. Chris is a teacher – teaching English as a second language – and spent the summer of 2016 in El Salvador. He met Joaquin there – and he is now working to support San Tecla during these hard times. I’m happy to share his post here.

That’s me in the image above.  It was taken in 2016 when I spent the summer teaching English as a volunteer at a public school for girls in El …

Update: A Change of Mission

A friend mentioned a new internet community she discovered – imzy.

It seems nice and peaceful, though a bit quiet. I made a little board there – it can be found under https://www.imzy.com/spatzenblog/. It’s in closed beta still, but if you’d like to join, I’ve got a few invites 🙂

Imzy is trying to be everything you want out of Internet community, minus the awfulness. Founded by a group of ex-Reddit employees, including Dan McComas and Jessica Moreno, the company has raised $3 million in investments, partnered with Lena Dunham and Dan Harmon’s online communities, and attracted tens of thousands of users in closed beta. They did it based on one promise: they would not be like Reddit. What exactly that means depends on what you hated about Reddit in the first place.

For people like Dunham—whose email list known as Lenny Letter already has its own verified group in the new community—Imzy means being free from a lot of the harassment and trolling that haunts other platforms. Imzy CEO McComas told Ars via phone that part of the company’s strategy is inviting a wide range of groups including Lenny Letter and Black Girls Talking to be part of Imzy from the start. “We’re trying to get diverse groups to work with us now, because [as the company grows] you’re only as diverse as your private beta. People tend to bring in people like themselves,” he said. “If we waited a couple of years to address this, it would be too late. We would already have a cultural norm and that’s tough to change.” Essentially, Imzy is hedging against developing a community that would embrace groups like Reddit’s racist r/CoonTown or the pro-rape subreddit r/rapingwomen. McComas added that a big part of their strategy is to pay community managers—they have a head of community and one community manager on staff already. “At Reddit, there was one staffer per 20 million unique visitors. We think we need a higher ratio of staff to community members.”

But as McComas admits, creating good policies around community and diversity don’t really rake in the dough. That’s why the backbone of Imzy is going to be their tipping and payment system. Currently the beta allows users to tip moderators and other community members, but in the long term the idea would be for each community to figure out how it wants to use its payment system. Comedian Dan Harmon, creator of the cult hit Community, has an Imzy group called Harmontown where members can pay $5 to listen in while Harmon tapes his weekly podcast. In the future, McComas says, Imzy will get a cut of those kinds of payments. Over the longer term, with Imzy providing a variety of tools for buying and selling, groups might form around selling clothing, games, or art. Imagine joining a group devoted to homebrew telescopes, and meeting people there who would sell you their latest kits, to your exact specifications. For Imzy, that’s the goal.

The tip system is also a way to prevent another problem that cropped up at Reddit, where moderators are not paid. Occasionally, a moderator would be caught taking money or perks from outside groups to promote particular items, or quell criticisms of products. McComas hopes that by building a tipping system into Imzy, there won’t be a need for contributors to look outside the community for support. If they put a lot of time into a group, their fellow community members can show appreciation with tips. When I asked whether the system could be abused to allow bribery, McComas admitted that they didn’t have all the answers yet. Soon, he said, Imzy will have an optional feature to show who is being paid (with payment details anonymized) to provide some transparency.

What’s fascinating about Imzy is that it’s part of a new generation of community platforms that is actively learning from the mistakes of Facebook, Reddit, and other first-generation social networks. Based on their experiences, its founders believe that robust community policies should come before open beta, and moderators should be paid. But the real test comes next month, when Imzy opens to the public. Then we’ll see whether tip jar communities work better than free ones.

Perhaps you’d like to join there’s? Of course, I won’t leave here 🙂 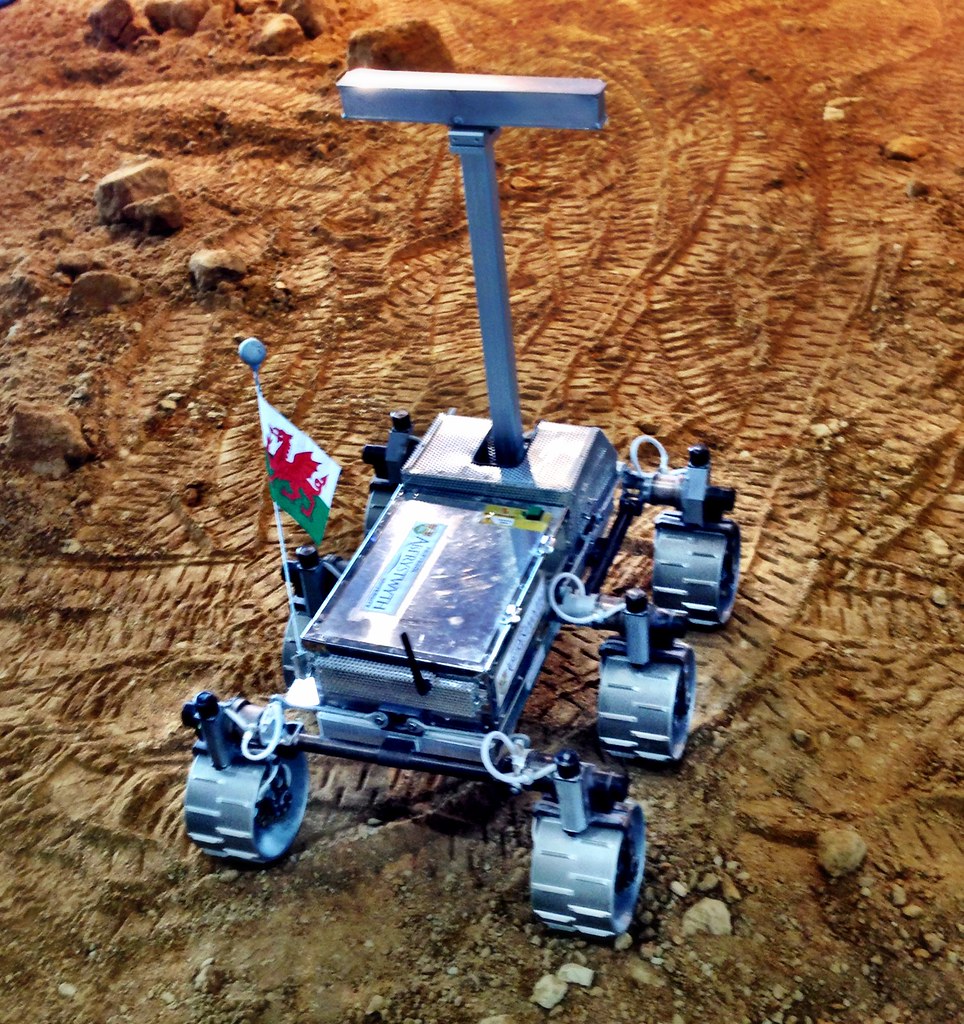 A peek at the science exhibition at the Graz Spring Fair – showing exhibits from Apollo missions to the Mars Rover to be (perhaps) on to the pod Felix Baumgartner jumped out of. 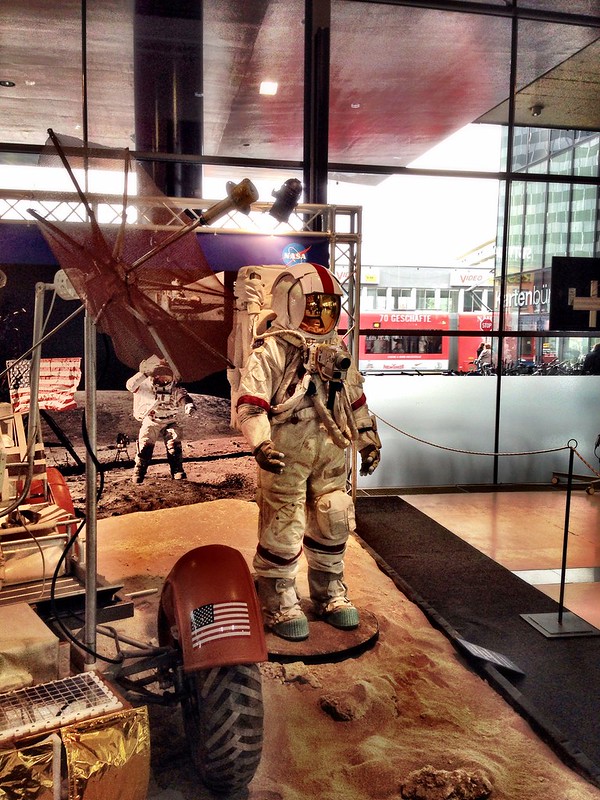 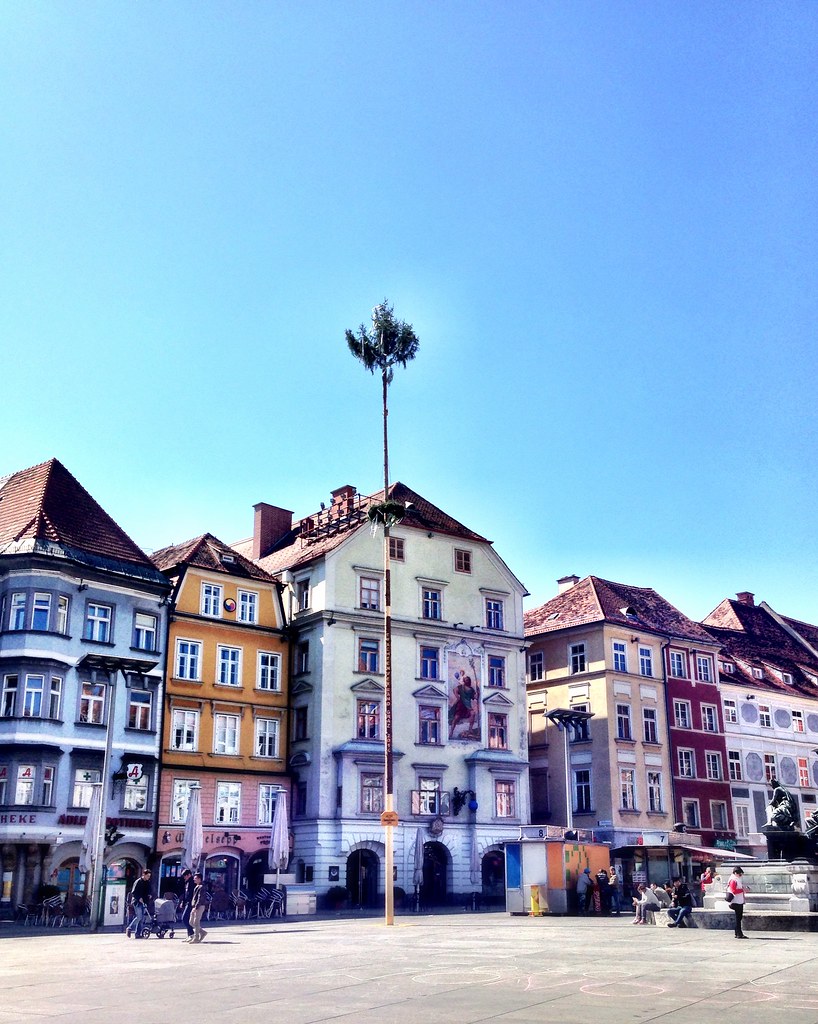 It’s May – and May poles are here in every town or village all over Austria (or Styria at least). It’s a much-loved tradition and a fun celebration of spring 🙂 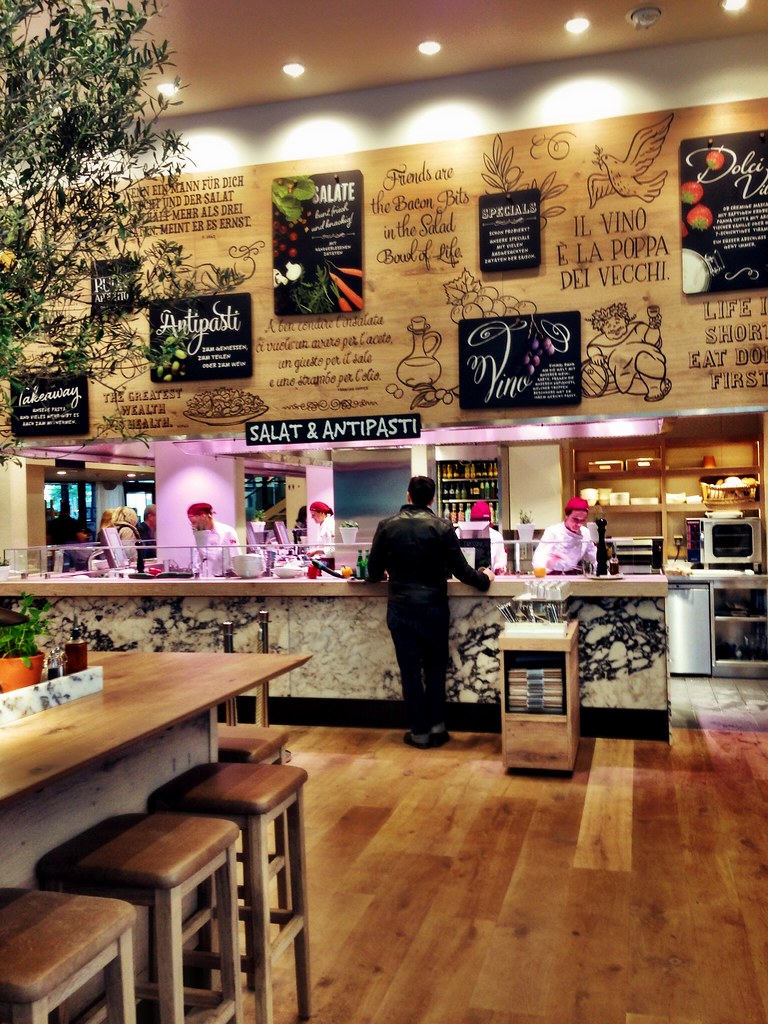 I’ve not been taking too many photos lately – but I’d like to share this photo with you, taken at a new restaurant that opened a few weeks ago.

We loved our visit there – and it certainly looks nice, doesn’t it?

Let it snow, a photo by SpatzMe on Flickr.

All the snow that’s not been seen in December and January came around in the last few days. It sure looks wonderful – winter wonderland all around. If only the freezing rain would stop now!

A touching read and a wonderful obituary. Take time to read the comments.

I thought you were sleeping. It seems silly now, but you must understand, when one sees a person slumped over inside a parked car, the most reasonable conclusion is rarely that the person slumped over is dead. It was the lights from the dashboard that caught my eye. If it weren’t for the lights, I would have missed you completely, and – who knows? – you may still be lying out there, unknowing of the legions of addicts drawn to the verifiable Mecca of caffeine. You’d remain oblivious to the following day’s massive local windstorm and the city’s collective anxiety, followed by elation, when our beloved Seahawks won the big game. You might still be slumped awkwardly over your console, and I suppose your car would be run dry of gas by then, but folks would not be any more observant.

I say it was the lights on your dashboard…

Knitting!
I’ve started knitting again two years ago – after stumbling over knitting friends and Ravelry.
It has come a log way from the dull and colorless things we knitted in school – I’ve bought some hand painted yarns from Etsy and enjoy them a lot.
So, here’s my newest project – a shawl or rather shawlette to be. I’m using a turquoise to green silk yarn and so far it looks really nice….

Stumbling around the wordpress site, I’ve come across the new themes – and wondered what my blog would look like if I left behind the twentyeleven theme and switched to twentyfourteen. That’s a three year jump!
And here we are. It seems it looks quite nice – simpler. Simple is good – or is it?
I hope it’s not too scary – please tell me if it’s too bad!

And just as I posted this, wordpress notified me that this is my 300th post to my blog. Who’d have thought I have that much to say 😉